Go to content
How was the British Empire Run?
By 1858, when the British government took over the running of India,  there were  fifty colonies administered from London by  62 employees. Most of these men were of a low rank - only six were above the level of clerk. Hours of work were from 11am to 5pm  with long luncheons and teas. Employees joined the Colonial Office at the age of sixteen and it took 10-15 years to climb to any substantial rank. There were only six men above the level of a clerk so most of the running of individual colonies was  left in the hands of the men appointed by the Colonial Office - the governor, lieutenant governor, administrator, or high commissioner, depending on where he served and the circumstances of his appointment. The Colonial Office only really concerned itself with the settler colonies, concerning  itself with land allocation and sales, settlement and migration and left most other matters to the man on the spot.
Men were appointed on recommendation
The men appointed to jobs as Governors had been appointed by the Colonial Office on recommendation. It was not until  1869 that any kind of competitive competition was introduced to raise the quality of men serving in the colonies and then only for the recently acquired Straits Settlements, Singapore and Hong Kong. The life of a Governor varied a great deal according to where one was posted. The salary levels varied according to where you were posted with a hierarchy of postings with Canada, Cape Colony, Australia, Gibraltar and Malta towards the top. A posting to one of the self-governing dominions could mean a salary of £10,000 a year: Malta was worth £5,000 a year whilst a West Indian island only provided a remuneration of a few hundred pounds. Out of this salary a governor had to provide for  all of his living and entertainment expenses, and this might entail building his own  home if none existed. It was generally accepted that it cost around £10,000 to cover the cost of entertainment, travel, keeping up the garden and ordinary living expenses.
The life of a governor could be hard and lonely. The governor of a self-governing colony would have a large team of advisers and secretaries but someone posted to a small island might be by himself with little or no advisory or secretarial help. A governor made of his job what he could. Until telegraph cables were laid in the 1870s he was beyond the reach of the Colonial Office and had a relatively free hand in running his colony. In the early Victorian period governors were often men imbued with the mission to improve and reflected the attitudes of the minister in charge of the Colonial Office in the 1830s, Lord Glenelg and his secretary, James Stephen. These men were evangelicals who had a humanitarian concern for native peoples and tried to ensure that the rights of native people were respected. This often meant differences of opinion with settlers as in New Zealand where the Colonial  Office clashed with settlers over the government's land policy. 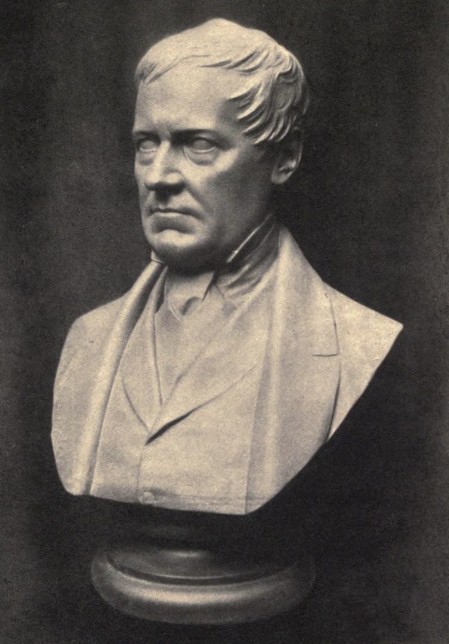 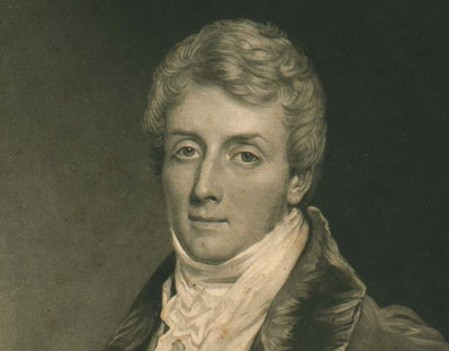 Lord Glenelg
Prime Minister, Lord Russell defined the attitude of the time towards native people when he said that the imperial purpose was to' encourage religious instruction, let them partake of the blessings of Christianity, preserve order and internal peace, induce the  African race to feel that wherever the British flag flies they have a friend and protector.' It was not always possible for  governors once in post to protect the interests of local people as Lord Russell as the interests of white settlers often clashed with the interests of native peoples. Where governors sought to maintain the rights of local people they often clashed with local settlers who looked upon local people as their main source of labour.
The budget and personnel of the Colonial Office tended to be small before 1870, and the attitude of the government towards further acquisitions was to discourage them. The job of the governor was to govern with as little fuss as possible and ensuring that as little money as possible was spent. Consequently, clerks in the Colonial Office knew little about the colonies unless there was a problem brought to their attention. The nation's politicians themselves knew little about the colonies of the realm and even Disraeli, who was to advocate a larger empire from 1872, earlier in his political career said of the empire that it was ' a millstone around our necks'. Territories cost a lot to administer and protect but in the early Victorian period there were annexations and it was often the case that these decisions were made by men on the spot and were rarely reversed.
‘The Men on the Spot’
There were many examples of the ‘man on the spot’ making important decisions which tied the government in London. The province of Sind was annexed by General Charles Napier in 1843 much to the annoyance of Prime Minister Peel. Napier was a bible thumping Christian who saw the Emirs of Sind as wicked rulers whom it was his mission to destroy. In a one sided battle on 24 March 1843, the armies of the Amirs were defeated much to the delight of the Governor General of India, Lord Ellenborough. Peel and the directors of the HEIC were against the annexation which could only incur heavy costs. Ellenborough was recalled to London and sacked but the annexation was not reversed. The Punjab was annexed as a result of the determination of Lord Dalhousie to do so, believing it posed a threat to India's security. Once an annexation had taken place it was rare that the government in London would change a decision.
It was in South Africa that decisions made locally without the approval of London were to prove most costly. In 1877 Bartle Frere who had been a very successful administrator in India for 30 years and considered Britain's most effective governor, was sent to South Africa to become Governor of the Cape Colony. Three of his predecessors had been fired over their handling of the violence between the white settlers and native tribes.
In 1879, the Zulus, feeling threatened by the British annexation of the Transvaal, were making raids on settlements that bordered their territory. Frere asked the London government for reinforcements to wage war on Cetewayo, the Zulu leader. The government of Disraeli, already committed to operations in Afghanistan made it quite clear to Frere that he was not getting any reinforcements and that he was not to commence any hostilities against the Zulus. Despite this warning from London, Frere was determined to subdue the Zulus. After giving the Zulus an ultimatum which they could not possibly comply with, he allowed his army commander, Chelmsford, to launch a three pronged attack on Cetewayo's territories in order to capture him and force him to submit. The invasion ended in disaster with one section of the invasion force being virtually wiped out completely at Isandhlwana. 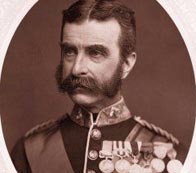 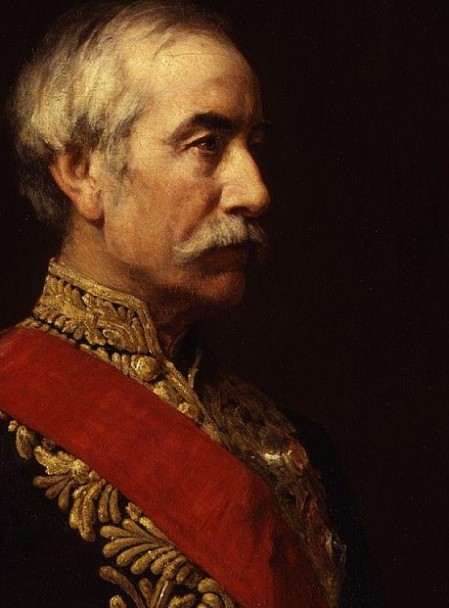 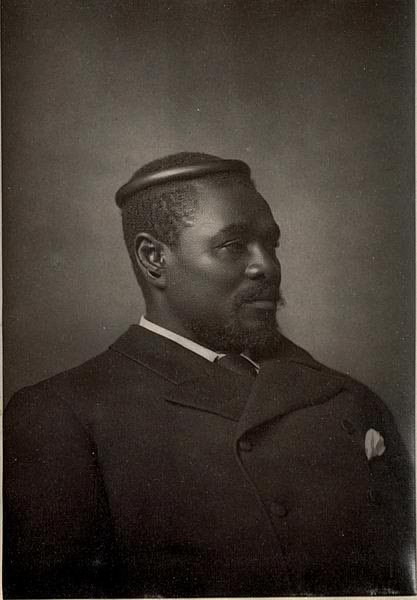 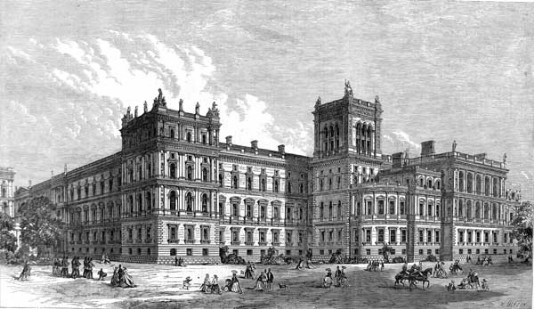 The Colonial Office from 1866
The uprisings in Upper and Lower Canada failed but as a result the government appointed Lord Durham, as Governor General of both Upper and Lower Canada. Durham stayed just long time enough to compile a report that became the blueprint for representative government in the Empire. Durham achieved what seemed to be the contradiction of strengthening the link between the colony and yet granting a measure of self-rule. Durham advocated joining together Upper and Lower Canada, having state aided immigration and the building of inter province railways to link the different parts of  Canada more closely together and then granting self-government. As a result of the Durham report, most of the Canadian colonies received self-government in the 1850s with the federation of Canada being formed in 1867.
The British Public thought of the Empire as comprising just the white settler colonies
By the end of the century the white settler colonies had a degree of self-rule with Australia on the verge of becoming a federal state and within ten years of the Boer War, the separate colonies of South Africa had joined with the Boer republics to form the Union of South Africa. By now the British public thought of the empire as just comprising the white settler dominions as trade between the dominions and Britain was far greater than between the crown colonies.
The Colonial Office had a new home, built in 1875 in a corner of the  Foreign and India house on Whitehall. By this time, it had much more control of what was happening in the colonies with the growth of the telegraph network. With  the extension of the empire in the 1890s and with Joseph Chamberlain in charge, the administration of the empire was made even more efficient. The age of the independent governor was over and henceforth he became a civil servant working to the dictates of the masters in Whitehall.