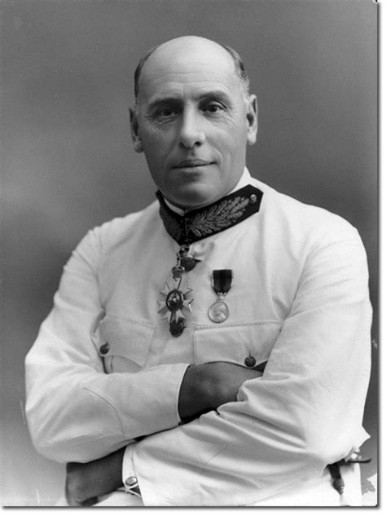 New ideas on Empire
In the last quarter of the c19th, as the British Empire expanded to meet the threat posed by rival European powers, the nature of the empire changed. There was huge public interest in the Empire as it took centre stage in British politics and this was accompanied by new ideas on what the Empire stood for and what constituted its future. Two authors in particular had stimulated a debate about the nature of empire.
Charles Dilke and John Seeley both offered hope for the future amidst concerns about Britain's position in the world. For Seeley whose book, 'The Expansion of England' was a best seller the empire was Britain's main source of strength, and its expansion was vital for Britain's continued survival as a great power. For Seeley, the British Empire was an expression of the Anglo-Saxon race and in a time of debate about Social Darwinism confirmation of the need to continue to expand. Seeley and others held the British race to be a super race with a mission to civilise the world. Some like Cecil Rhodes went as far as to believe that the more of the world that was Anglo-Saxon or under its influence the better it would be for the world. 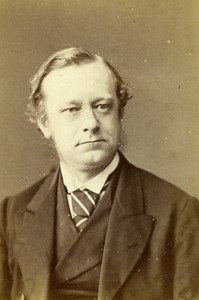 John Seeley's book, 'The Expansion of England' had a huge impact in changing ideas on the empire.
The Improving Mission
The idea of Empire providing Britain with a mission to improve its inferior territories gave the Empire a moral dimension and the justification for the British to feel proud about what it was doing. Kipling was to be regarded as the Imperial prophet when in 1898 he published his 'White Man's Burden' in which he claimed it was the mission of the white race to improve and develop the less fortunate races of the world. His poem exhorting the Americans to take on the responsibility in the Philippines of improving the native people typified the view of most people in Britain at the time  -a time when notions of race were vague and the dominant idea was that which claimed that different human races were sub-species of homo sapiens.
Dilemmas of Empire
Kipling typified in popular verse and in his stories of life in the Raj the commonly held views about the role of the Empire, whilst men like the colonial governor Hugh Clifford adhered to these views in his everyday administration. The notion of the British Empire existing to provide benevolent government so to develop its territories had a number of inconsistencies and it was the failure of Clifford and the Empire to resolve these inconsistencies with this view that eventually brought about the end of Empire. The first dilemma for the British was that the Empire had to be run with the cooperation of  its native peoples but if there was opposition there was always the threat of violence and sometimes the use of violence to maintain British rule. How could British use of violence against subject peoples be good for them? Secondly, the question of future responsible government for colonies was left to one side yet native peoples would at some time want responsible government.
Hugh Clifford's entry in to the Colonial Service
Hugh Clifford believed totally in the improving aspect of British rule but like so many colonial rulers was forces to compromise his principles whenever practical politics demanded. Clifford was typical of so many colonial officers in that he was from an impoverished middle class family who in 1883  got him a position in the colonial service through a family connection, in his case at the age of seventeen. He was sent to Malaya where he served for a few months as a junior officer for his uncle the governor of Singapore, before being sent to Perak to become the secretary to the resident, Hugh Low. Residents were merely advisers to local princes but used their influence to ensure British interests were taken into account. It was a cheap way of extending British influence without the expense of annexation which was often opposed by the Colonial Office.
Clifford sent to Pahang
In 1887 Clifford was given his first real opportunity to show his qualities as a colonial officer when he was asked to go to Pahang on the eastern coast of the Malay peninsula to prepare the ground for a British resident. He had a good command of the local Malay language and after three weeks of ingratiating himself with the Sultan was to get the letter he wanted. His success earth him the right to negotiate a treaty with the Sultan and then become the British agent in Pahang. As the agent he hardly saw another white man and had to live entirely with the local Malay people, adapting and accepting their way of life and their culture. 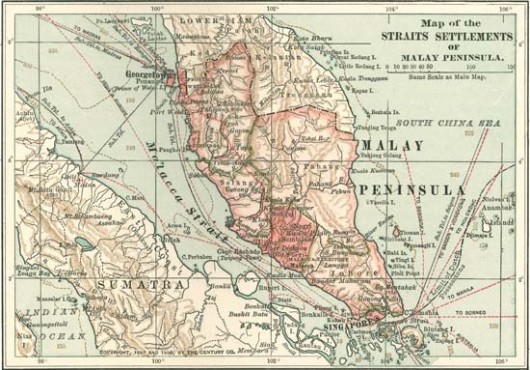 Life was lonely and he missed the comforts of a more civilised existence but if he was to gain the confidence of the local people he had to abandon any prejudices he had and immerse himself in their life. Eventually the Governor of Singapore decided that there needed to be greater British control of the area and a British Resident who would more closely direct local policies was appointed. The Sultan briefly considered resistance but decided against it when reminded of the nature of British force as used in other nearby states.
Dealing with Rebellion
Clifford was too young to be considered as the resident and he was not healthy enough to be considered. He returned to Britain for a year's sick leave. He did though return in 1890 to become assistant resident and in 1891 became Resident just as a rebellion was breaking out. The rebellion lasted until 1895 and Clifford like so many colonial leaders now found that he had to become  a military leader as well as a civilian one. He seemed to relish the opportunity to lead men in to battle, taking control of Malay irregulars from the western side of the peninsula thus relying on a well established principle of the Empire - that of using loyal natives from another area to impose peace and stability. At one time in the troubles he was to confront a number of rebel Malay chiefs alone, and impress upon them the nature of the force that the empire could unleash upon them.
Exploitation of local labour in Borneo
In 1899 after three years in Pahang, Clifford was sent to North Borneo as Governor and was to discover another side to the British Empire. The mission to civilise was an ideal that many colonial officers like Clifford aspired to but in many colonies the purpose of Empire was not so altruistic. Many imperial territories by 1900 were run by trading companies that had been given charters which allowed them to develop the territories' resources and do so by using the local people as labour to be exploited. In such territories governors were expected to run the colonies in the interests of the local chartered company and not in the interests of local people. The Colonial Office often turned a blind eye to the exploitation of local people unless such exploitation was so extreme as likely to affect the public perception of empire. When Clifford found that he was to be the agent of the British North Borneo Company he left and returned to Pahang. His return was short lived for he became ill through an attempt to poison him with ground glass. He may have thought that he had the confidence of the local people but he was to learn an important lesson that there might be shown courtesy and kindness towards him but this was a deference that would be withdrawn once an opportunity presented itself. He must have realised that the British ruled only with the threat of violence being ever present.
Clifford's views on the Paradoxes of Empire
Clifford like so many colonialists at the time claimed the  Empire was a force for good but must have known that it existed only with the threat of violence not far from the surface. Empire  was justified and consciences appeased by the thought that before the British the local people led a semi-barbaric existence. In India the British pointed to suttee and infanticide to justify their reforms whilst Clifford wrote about the corrupt practices of local rajahs. Back in England Clifford turned to writing imperial fiction to make a living and his novels compete with the novels of Henty and his contemporaries in their depiction of the British as a master race and glorifying and justifying violence against so called inferior races. Despite the violence of his novels those serving in the Colonial Service are depicted as  devoting their energies to the improvement of the lives of local people. For Clifford empire was about providing good government and not about the accumulation of money. He despised the Dutch for wanting to make money out of natives but ironically supported the importation of Chinese labour which would remove the possibility of local people from having to work on the plantations.
Clifford regarded the British Empire as providing a permanent administration. He like so many others of the time could not conceive of local people as being able to govern themselves. When he was Colonial Secretary in Trinidad at a time of rebellion in the island, he was unable to accept reform which involved more native  people in legislative councils. He was only prepared to accept native people in aspects of local government if they were nominated. Similarly when he was Colonial Secretary in Ceylon and there were demands by the Sinhalese community for more participation in government Clifford did all he could to discredit the reforms.  Like Kipling, Clifford regarded natives as essentially children needing to be looked after by representatives of a Colonial Service that had their best interests at heart. He could not bring himself to consider the implication of his own policies that once local people had reached a certain level of education they would demand to have self government. This was a paradox that men like Clifford could never  confront and would mean that the end of empire would be a fraught process.
Back to content