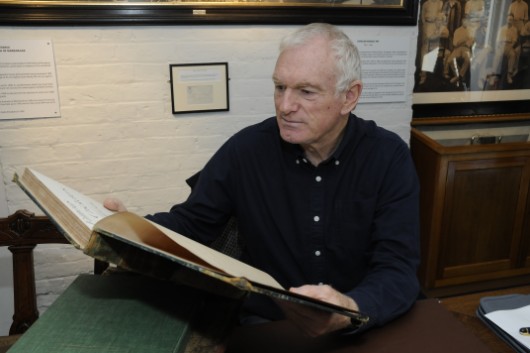 Talks
You will find here details of the talks I am currently offering. Each talk last about an hour and consists of an illustrated powerpoint presentation. I am happy, given sufficient advance warning,  to prepare a talk on every topic that lies within the scope of this website. I am currently preparing a talk on Ranjitsinhj, the Indian cricketer who became the Jam Sahib of Nawanagar in 1907 and continued to rule the this independent state on the west coast of India until his death in 1933.
Kipling's Rottingdean Years
Rudyard Kipling lived in  Rottingdean, a small village just four miles from Brighton, for only  five years that they were to be years that had a huge impact on his  life, his writings and how he was perceived. Kipling and his wife Carrie  moved at the age of 32 with their young family initially to the holiday  of his aunt, Geogiana Burne-Jones, but thereafter to a more permanent across the village green at The Elms. For the next five years the  family were to experience joy but also great sadness. The family began  to set down roots and establish a sense of place but  the death of  Josephine in America in March 1899 and the onset of the Boer War changed  Kipling. He became a sadder and a harder person, difficult for others  to reach and understand. He produced some outstanding work like ‘Kim’  that was praised by the critics but also began to produce work that  reflected his journey into politics.
Kipling’s defence of the  Boer War and his criticism of the way it was being fought resulted in  his producing a lot of material that focused on the war - prose and  verse that was sometimes quite political in the way it attacked the  establishment and the values of the country. When he published ‘The  Islanders’ at the beginning of 1902 many felt he had gone too far. As  the nation began to lessen its support for the British Empire and  criticise its presence in South Africa, Kipling was no longer regarded  at the nation’s Imperial Laureate. Henry James warned his friend Kipling  of the folly of involving himself too deeply in political affairs and  to keep doing what he did so well, but it was advice that he ignored.
By the time the Kipling  family left Rottingdean in September 1899 to move to Batemans, near  Heathfield, Kipling’s reputation was not what it had been. He was still  producing highly acclaimed verse and prose,  but less often. He had  acquired a love of the Sussex countryside and the family could feel that  they at last had a ‘home’ in England but he remained a man who was  deeply affected by  the death of his daughter Josephine in 1899 and the  Boer War. 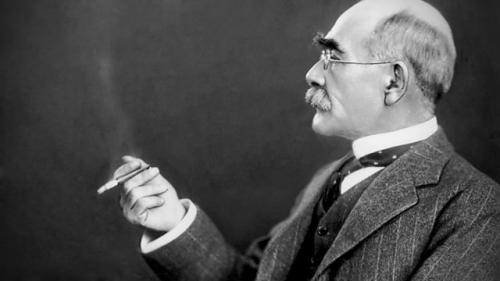 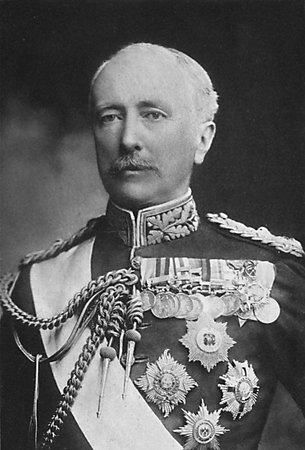 General Garnet Wolseley
General Wolseley was the archetypal  Victorian Imperial General. He was present at some of the most important  wars of the imperial century and rose from relatively humble origins to  become Commander-in-Chief of the British army at the time of  the Boer War. He oversaw some major reforms of the army bringing it up  to date and enabling it to fight a number of colonial wars in conditions  totally unsuitable for European soldiers. He believed passionately in  Britain's mission to civilise having witnessed the Cawnpore massacre and  was at all time concerned for the welfare of his men.
He was commander of the British force that defeated an Egyptian force at Tel-el-Kebir  which led to Britain regarding the Near East as crucial to its  interests. He also led the Gordon relief expedition which failed by one  day to rescue General Gordon. His victory over the Ashanti was reported  widely in Britain and was one of many such expeditions to be regarded by  the British as the victory of a Christian country over a savage people  needing to be civilised. Was he the greatest Victorian general? This is  just one of the questions to be answered in an assessment of Wolseley's  career. For more on Wolsely click here
Cecil Rhodes
It was Cecil Rhodes who believed that: "we  are the finest race in the world, and that the more of the world we  inhabit, the better it is for the human race'. Just fancy: those parts  that are at present inhabited by the most despicable specimens if human  beings, what an alteration there would be if they were brought under  Anglo-Saxon influence". Rhodes ideas were well received in Britain which in the 1890s was embracing 'New Imperialism'.
In the short period of five  and a half years between July 1890 and January 1896 Rhodes had  established the International Diamond Syndicate that fixed prices and  controlled the world's supply. He had consolidated his interests in the  Witwatersrand and built a second fortune in gold. He had occupied  Mashonaland, and waged war against the Portuguese. He had destroyed  Matabele military power, added Barotsland (Zambia) to his company's  possessions, gained exclusive mineral rights throughout Bechuanaland and  effectively secured Nyasaland for Britain. He had linked his and  Britain's African possessions by telegraph, pushed the railway line  north from Cape Town to the Matabele frontier. Between 17 July 1890 and  12 January 1896  Rhodes was also running a country for he was Prime  Minister of Cape Colony.
As Prime Minister, Rhodes drew up a blueprint for a new South Africa-a  plan devised by and for capitalists which planned to solve the nation's  labour difficulties by confining rural Africans to tribal reserves and  imposing a tax on every hut. To survive Africans would have to enter the  cash economy and sell their labour to whites. Together with these  changes Rhodes imposed apartheid in the towns-non-whites now  experienced segregation in schools, prisons, hospitals, theatres and on  public transport. They were disqualified from jury service and removed  in their thousands form the electoral rolls.
The deep level Randlords  under the leadership of Rhodes became convinced that Kruger's regime had  to be overthrown. They were to use the issue of the lack of political  rights of the mine workers to put pressure on Kruger, pressure that was  used by Milner and Rhodes to persuade the British government to wage war  against the Boers.
This talk explains Rhodes'  rise to power in south Africa, his attempt to bring about a coup in  Johannesburg and his role in the Boer War. Rhodes was a giant of the  Empire and although his views are now distasteful was regarded as a  great Imperialist at the end of the c19th.
For more on Rhodes click here 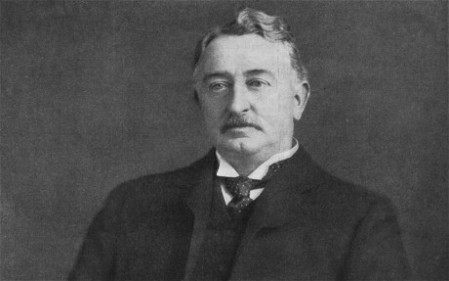 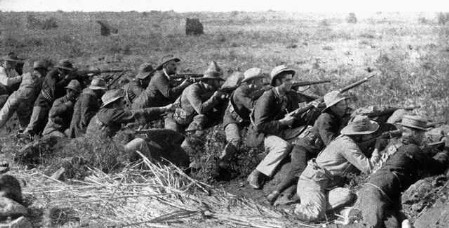 The Boer War
This talk takes you through the main causes and events of the Second Boer War 1899-1902  which shook the British Empire to the core and was responsible for the  British abandoning its policy of splendid isolation that had been the  basis of British Foreign Policy for much of the c19th.
The causes have been much  debated. Was this a war about capitalism and fought for the interests of  the Randlords who ran the gold industry on the Witwatersrand or was  this a war about who was to control the tip of south Africa. Salisbury  said the war was to teach the Boers who was boss. Was it or was this a  war to extend the dominance of the Anglo-Saxon race?
Salisbury, Chamberlain, Rhodes and Milner all wanted different thing but whose view prevailed?
Within a few weeks of war  breaking out three British centres of population were besieged. In one  week in December three different British armies suffered catastrophic  defeats leading to the sacking of the British Commander-in-Chief,  General Buller. How was the situation brought under control. How did  the British persuade the Boers to come to a peace table and who actually  won the war? All important questions that still cause hot debate.
Olaf Caroe
Olaf  Caroe was born in 1892 was the grandson of a Danish immigrant. He  became one of the great civil servants of the British Empire joining the  Indian Civil Service as an Assistant Commissioner and rising to the  highest levels of the service becoming Foreign Secretary to the Indian  government and then Governor of the North West Frontier Province. During  his time in India he was the epitome of an India Civil Service officer  in the first half of the c20th, a time when the Empire was at its height  but also displaying signs of imminent decline. Caroe had all the  values, virtues and qualities required of an officer, especially one  serving on the North West Frontier. He rose to the challenge of serving  as an Assistant Commissioner and dealing with the Pathan tribes of the  frontier but then reached the pinnacle of his career in 1946 becoming  Governor of the North West Frontier.
The North West Province  during the tine of Caroe’s tenure as Governor was pivotal to the outcome  ‘independence talks’ and in the end , despite what Caroe considered was  a good record as Governor, Mountbatten relieved Caroe of his post in  order to appease Nehru. The Governorship of the North West Province was  Caroe’s last official role as a public citizen. Hence forth in  retirement, as a private citizen, he devoted his time to trying to  convince governments of the logic of his view on the importance of the  area he had spent a lifetime of work in.
Caroe returned to England to  settle in the Sussex country town of Steyning.  Unlike many Indian  Civil Service officers who returned home to a life of relaxation and  often anomymity, Caroe embarked on a literary and academic career  becoming one of the country’s recognised and highly sought after experts  on The Great Game. He gave lectures, visited foreign leaders and wrote  three highly regarded books on the geopolitics of central Asia and the  Middle East. 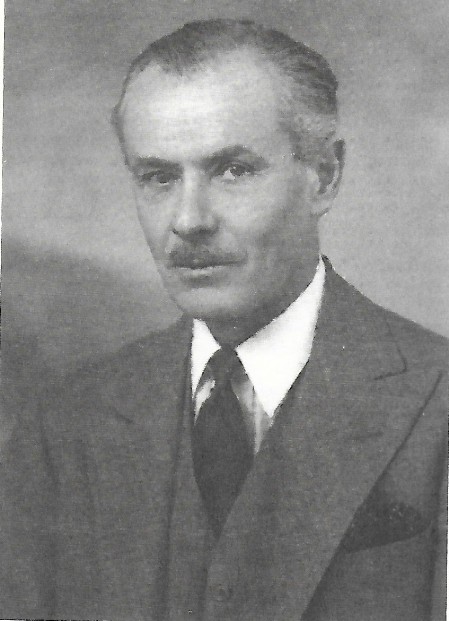 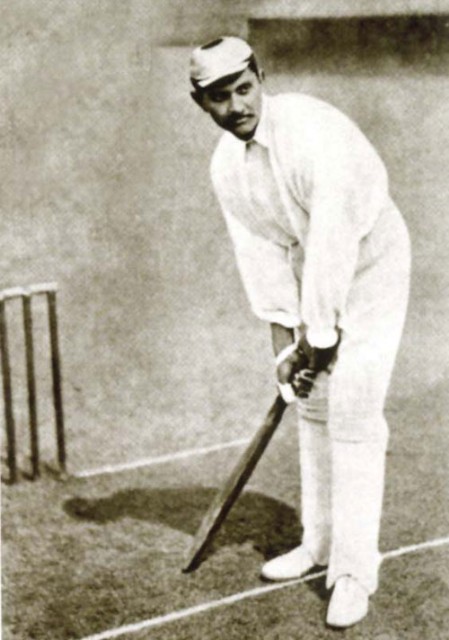 Ranjitsinhji - the Maharaja Jam Saheb of Nawanagar
Ranji occupies a very special place in the world of cricket for he was the first Indian to play cricket for England but much more than that he played with a panache and a style that had never been seen in England before. He scored freely dominating the matches he played in between 1895 and 1904, and with CB Fry at Sussex established a partnership not just in batting but in life.
Ranji adopted the lifestyle of the landed gentry in an attempt to fit in with English society and given his education at an Indian public school and the  class he came from he was readily accepted as an English gentleman.
This talk looks at not just Ranji's extraordinary cricket success but also the role of race and class in the British Empire.
Back to content