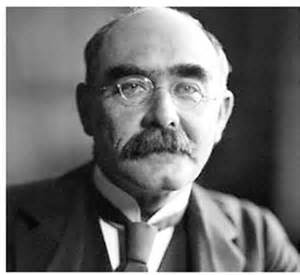 Rudyard Kipling
Kipling receives scant attention nowadays
Kipling is one of Britain's greatest literary figures. He virtually invented the short story genre and in Kim he wrote one of the masterpieces of the English language. He won the Nobel prize for literature, was offered a knighthood and was acknowledged for many years as the spokesperson of Empire and indeed an Imperial prophet. Yet when WW1 is commemorated we will hear very little of Kipling and his contribution towards WW1, yet he was a member of the War Propaganda Bureau, he wrote numerous pieces of prose and poetry that were well received and he was on the Imperial War Graves Commission. Why is his contribution given scant attention? I would suggest one of the reasons is his association with Empire and the way we judge people in the past using today's values, and in particular the way some of his work is regarded as racist. In this essay I will be examining Kipling's views on empire and whether he was a racist, and using his work and private letters to come to a conclusion. His attitude to empire changed as he became more worldly and more travelled.
His early years  and some of his best work are written whilst he was living in India or are based on his experiences in India. He arrived in India in 1882 at the age of 16 to begin work on the Civil and Military Gazette (CMG). As a sub-editor on the CMG  his responsibilities included proof reading, writing reports, reading through newspapers from all over the Empire and writing reports of their content, writing notes about forthcoming events like polo games, garden parties, official dinners and dances. He oversaw all but the first two pages of the CMG and supervised the Indian workforce.
The Heroes were men of the Indian Civil Service
In 1887 he moved to Allahabad to begin work on the Pioneer. He was now given roving commissions and travelled the country visiting country fairs, the opening of bridges, army parades, talking with people on the way and producing reports of the events he visited as well as fictional tales of Indian and Anglo-Indian life. As a result of these years of travel and writing, Kipling  got to know not only the people of the Raj but the people of India and his writing reflected his travels. His best selling book Plain Tales from the Hills began as stories produced for the CMG.
Kipling's heroes were the men of the Indian Civil Service (ICS) and the rank and file soldiers of the army. The men of the ICS were to him an impressive and hard working body who devoted their lives to the native population and epitomised what the Empire was all about - the development of colonies and providing them with justice, sanitation and good communications, but above all doing their duty to their country and to themselves.  Much of Kipling's work on the Europeans in India emphasised this sense of duty.
The men of the ICS numbered around 1000 and were generally from public schools, the breeding ground of the ICS. They had gone through a competitive examination system and then undertaken a two year course at Balliol College, Oxford, where they studied Indian languages and culture. The men were well educated and were masters at producing reports. They were an essential ingredient of the mystique of the Raj and its recreation of an English lifestyle in India considered essential if he British were to continue to maintain control of a country of over 200 million . This lifestyle existed to maintain the mystique of the British and was a manifestation of their perceived superiority which had developed as a result of the technological superiority the British enjoyed. 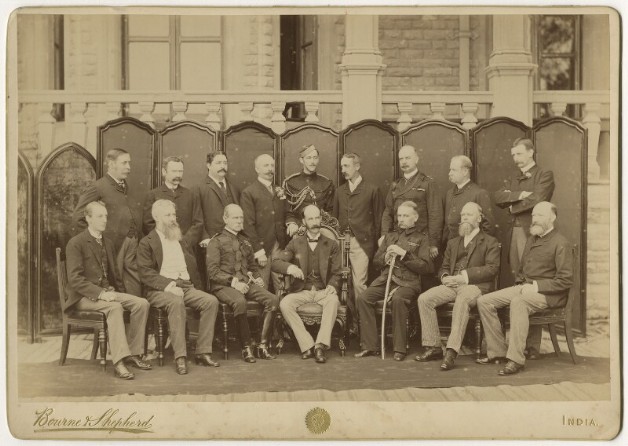 Indian Civil Servants
He got to know many ordinary soldiers. Whilst in Lahore and Allahabad, KP met many soldiers and although he got along well with both officers and ranks he preferred the ordinary soldiers and came to regard them as the real heroes of the Empire. He listened to their stories about their campaigns and incorporated them in his poetry and prose. He spoke fondly of the East Lancs Regiment based in Lahore and  the East Surreys based in Allahabad.
In his travels around India Kipling came to believe that India needed to change but would not do so whilst the disease and squalor in cities was the responsibility of local Indian authorities which were lazy, inefficient and incompetent. He believed  that it needed the British to provide the men to bring about improvement.  He often wrote articles in the Pioneer about the dreadful conditions, particularly after an outbreak of cholera or a famine.
Kipling had a great love for Indians
Kipling  liked Indians as individuals and got on well with them. He worked and met a huge variety of Indian people including servants, print workers, the men from the bazaars, people he met along the road and even the women from the brothels. He came to have a particular sympathy with the women of India and regarded the treatment of women as a major obstacle to better relations with Indian people. Amongst the things he criticised was  enforced marriage, particularly amongst young women in their low teens who were often forced to marry men much older than themselves. In late 1887 he wrote a series of articles for the Pioneer about a young woman called Rukhmabai who refused to live with her husband who she had married at 11, and was given a prison sentence. He  also wrote to support Lady Dufferin's Fund to provide medical aid to women. He later wrote 'Song of the Women' as a tribute to the work of Lady Dufferin.
Kipling was a product of the Raj having been born in India and brought up with servants. 300 million Indian people were ruled by no more than 1000 elite civil servants. Altogether  there were no more than 100,000 Europeans so that most Indians rarely saw a European. The army consisted of 75,000 white soldiers and 150,000 Indians and there were no more than 200,000 local policemen. The Raj could not just be maintained by force. It was done  by the British being able to convince  the native population that they were there for their benefit. The British by their character portrayed themselves as being superior and being there as a progressive force for good - as protectors of the poor and there to provide peace, security and good orderly government. The British considered this state of affairs as being natural and self evident.
To maintain this idea of the British being a superior race it was important that there was not any fraternisation and inter-racial contact and marriage and liaisons were taboo. The whole system depended on the British upholding their cultural codes. If you fraternised with local people you could be ostracised so criticism of the system was unusual.
There is some evidence in his work though that Kipling did not whole heartedly agree with the Raj for he often wrote about liaisons between people of different castes and class. In these stories there is sympathy expressed for those who dared to cross boundaries and there is irony used to indicate his criticism. The crossing of these cultural boundaries had been much more common in the early part of the century but after the Indian Mutiny distrust between European and Indian grew. For us these cultural codes seem totally wrong but at the end of the 19th ideas on race were constantly changing. Darwin's 'Descent of Man' had left unresolved the question as to whether races were sub-species of homo sapiens or whether the similarity indicated a common origin. By the 1880s the accepted orthodoxy accepted racial differences and placed the Caucasian race at the top of the tree. Until well in to the Edwardian period discussion of race was vague and inconclusive. 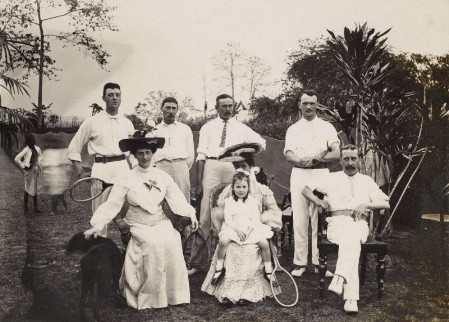 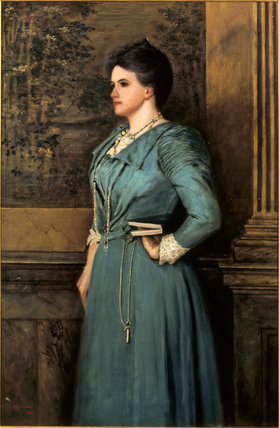 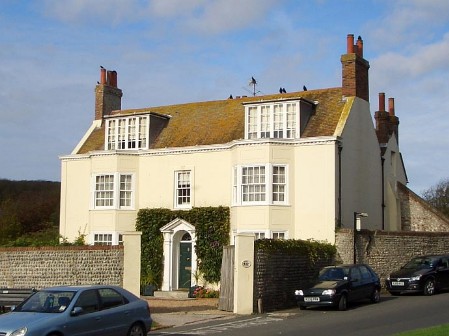 Kipling lived in Rottingdean between 1897 and 1902 - years which had a huge impact on him being a time when he lost his eldest daughter, Josephine, and the years of the Boer War.
Kipling is often branded a 'racist' and a' jingoist' or an  'imperialist' and this popular view has made him unfashionable. Kipling though was essentially a paternalist, a man of his times who reflected the accepted attitudes towards empire and race. He  was a great lover of the Indian people and believed that the Raj was there to benefit the people. He believed in the British Empire, becoming its unofficial spokesperson, but was not able to come to terms with the increased criticism of Empire after the Boer War.
Back to content