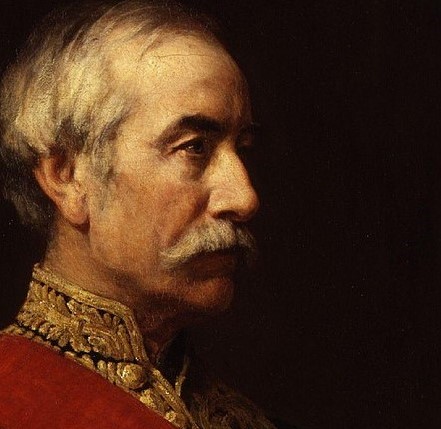 A successful civil servant in India
Sir Bartle Frere was a colonial administrator who had distinguished service throughout his career, mostly in India. He helped keep western India free of trouble during the Indian Rebellion and as Governor of Bombay modernized the city building many fine institutions and public buildings. It was Bartle Frere who organized the Prince of Wales’ tour of India in 1875 but when he was persuaded to come out of retirement to go to Southern Africa to bring about a federation his over confidence led him to ignore Cabinet instructions. The resulting war with the Zulu people saw the most humiliating military disaster to befall a British military expedition and for which Frere was largely blamed.
Bartle Frere was born in Monmouthshire, the son of an ironworks manager. He attended Haileybury, the college for prospective civil servants of the East India Company, and on completion of his course sailed to Bombay where he took up an appointment as a writer in the Bombay civil service. He later became an assistant collector at Poona and in 1842 became the private secretary to Sir George Arthur, the Governor of Bombay. In 1844, the year he married Catherine Arthur, the daughter of the Governor, Frere was sent to Satara as British Resident to the Rajah. On the death of the Rajah Frere administered the province until the East India company took over the running of the province in 1849.
In 1850 Frere was appointed chief commissioner of Sind, which had recently been annexed by the British following General Napier’s invasion in 1843. During the Indian Rebellion of 1857 his prompt actions in sending troops to the Punjab helped prevent any mutiny there and in recognition of his work he was made a KCB. 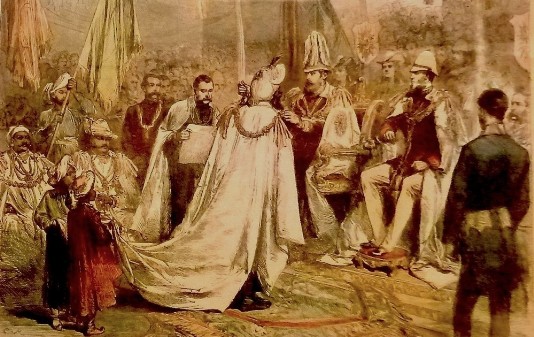 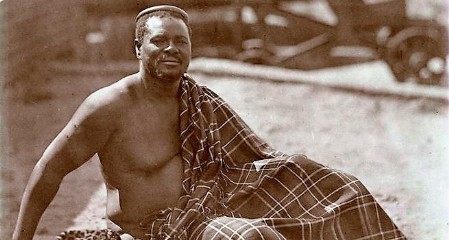 Cetewayo
Cetewayo's ultimatum
On 11 December 1878, English envoys met with thirteen delegates from Cetewayo on the banks of the Tugela river, the border between Natal and Zululand. An ultimatum, composed by Frere, was read out to the Zulus. The reading took four hours and included a number of clauses that any people would find hard to accept for the proposals meant the Zulus giving up their sovereignty. Amongst the many clauses they were required to give up those responsible for the killing of the two women, disband their army, abrogate their rules on marriage, allow a British Resident to live in Ulundi, accept a fine for the intimidation of settlers and allow missionaries to return to Zululand. In return the Zulus were to be given back their disputed land in Utrecht.
Isandhlwana
Cetewayo did not bother to reply and this was the excuse that Frere needed. On 6 January, soon after the ultimatum had expired, Frere told Hicks Beach that he was preparing to cross into Zululand to enforce the ultimatum and on 11 January, three columns of armed soldiers totally 18,000 men crossed into Zululand  in three different places, with the central column under the command of Lord Chelmsford crossing the Tugela at Rorke’s Drift. 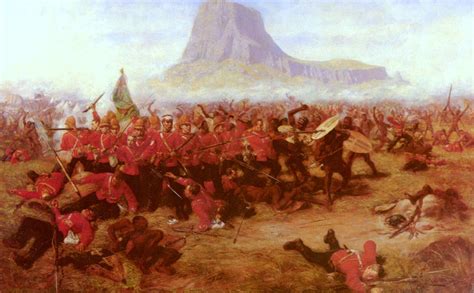 The Battle of Isandhlwana
On 24 January Frere was to hear the first bit of news about the destruction of much of Chelmsford’s column at Isandhlwana. Over the next few days he was to learn the enormity of the events at Isandhlwana and how a column of 1700 men had been destroyed - -the worst military catastrophe of the Victorian era. Frere left almost immediately to go to Pretoria to ask the Boers whether they would now join a federation. He received short shrift from the Boers and soon the House of Commons was to pass a motion of censure against Frere for his actions against Cetewayo. There was a storm of protest throughout Britain as Frere’s actions were seen as those of someone seeking conquest and the spoils of war. Frere returned to Cape Town where he received a rapturous reception from like minded colonists but he was soon to learn that he was to be replaced as High Commissioner by General Wolseley. Frere returned to Britain in August 1880 where he was welcomed by the Prince of Wales and Queen Victoria but public servants were embarrassed to be in his presence. He spent the rest of his life writing letters to explain his actions in South Africa, and writing articles on India and Afghanistan. He died on 29 May 1884 leaving his wife and children to carry on the task of trying to salvage his reputation. They succeeded in organizing his papers and raising subscriptions for a public statue which was eventually built on London’s embankment. 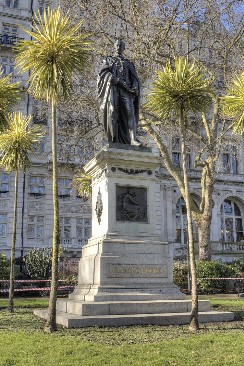