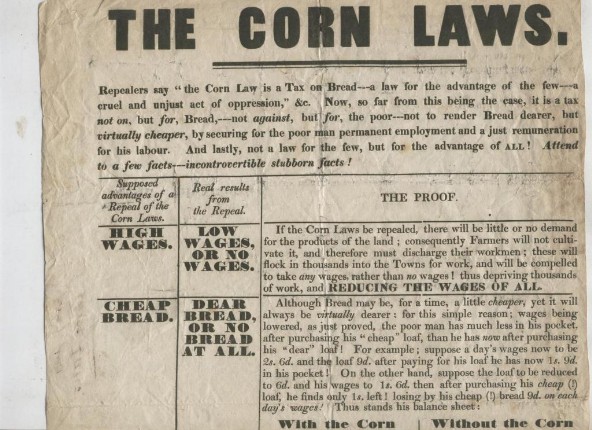 The Repeal of the Corn Laws
Expansion of the Empire was linked to trade
The expansion of the British Empire in Victoria's reign was very much linked to an expansion in trade and to the development of the Industrial Revolution. Steam engines to power the textile industry had been invented in Britain in the late c18th, but from the ending of the Napoleonic Wars, a number of factors came together which brought a rapid expansion in British manufacturing industry. There was a population boom in the years after 1810 with the population growing from nine million in 1810 to 18 million in 1851. Minimal wages ensured that there were profits to invest
This ensured there was a sufficient labour force and with the introduction of the workhouse with the Poor Law Amendment Act of 1834, a labour force that had to work for minimal wages allowing profits to be invested.
The creativity of the British inventors meant that machines were being invented which allowed for the mechanisation of many industries so that with ample supplies of coal and iron, huge amounts of manufactured goods could be produced. They could not be sold within Britain as the workforce was too poor to buy many of them so more markets had to be found abroad. Developments in communications transformed the world bringing people closer to each other. The steamship and the telegraph meant that journeys were cut by weeks and information could be sent in hours.
A growing consensus that mercantilism was out of date
There was a growing consensus among a number of groups that the prevailing economic orthodoxy of mercantilism was out of date and holding back industrial development and limiting Britain's ability to sell abroad. In the years after 1815 there was growing pressure on Parliament to abandon the laws enforcing mercantilism and free up trade. The argument was that if duties on imported goods were abolished raw materials would be cheaper and so the exports of manufactured goods would be cheaper. This in turn would encourage other countries to buy more from Britain. The Anti-Corn Law League argued for the abolishment of the Corn Laws which protected landed interests and domestic corn. They believed that with the importation of cheaper grain from America and Europe the price of food would fall. With the support of  the Anti-Corn Law League, economic theorists like Adam Smith and David Ricardo, and financiers and bankers in the City of London, government policy began to change. 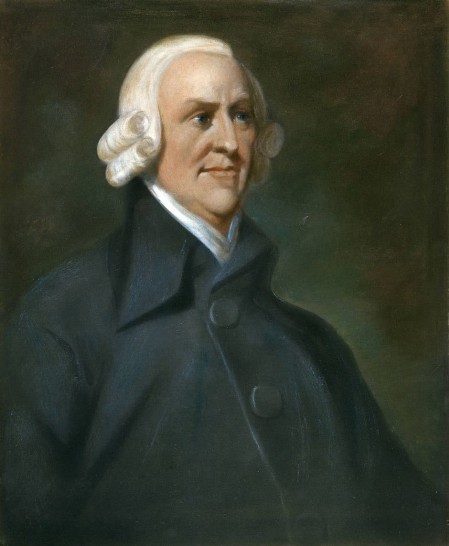 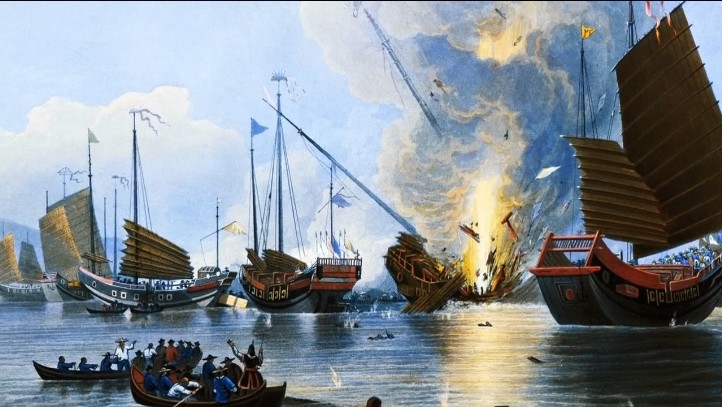